About The Mental Health Mall

The Mental Health Mall is a consortium of mental health practitioners.
We work with individuals, families, Corporations, and Churches, using original, home-grown research, and principle-based methodologies.

Our robust emotional stability solutions and individual experiences spanning across years have unrivaled depth and quality in Africa and Globally.

Oyinkansola is a high impact trainer who has taught tens of thousands of executives in organisations such as KPMG, Guinness, Multichoice, Interswitch, First Bank, Stanbic IBTC and the Federal Ministry of Agriculture among others. Her work has taken her to 30 States in Nigeria, Ghana, Egypt, Kenya, South Africa, Rwanda, UAE, United Kingdom and the United States.

Oyinkansola is the first African Master Trainer in Yale University’s RULER approach. She is also a Cornell University-trained Human Resource Executive, a Rational Emotive Behavioural Therapist, a Cognitive Behavioural Therapist, a Six Seconds Network Licensed Emotional Intelligence Practitioner, A Goldman Sachs Scholar, and a Pastor at the Fountain of Life Church. She is a member of the International Coaching Federation (ICF), & the British Psychological Society. 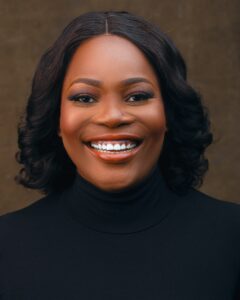